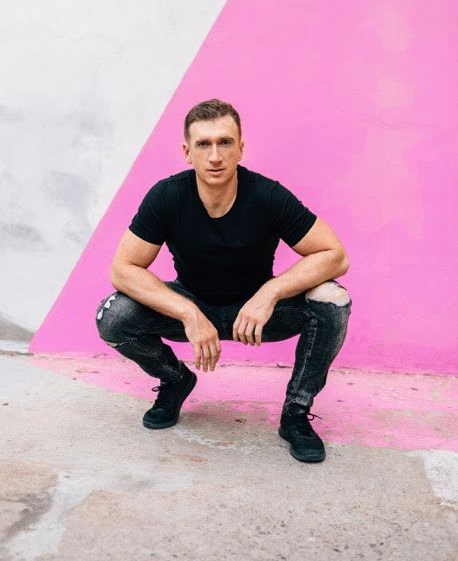 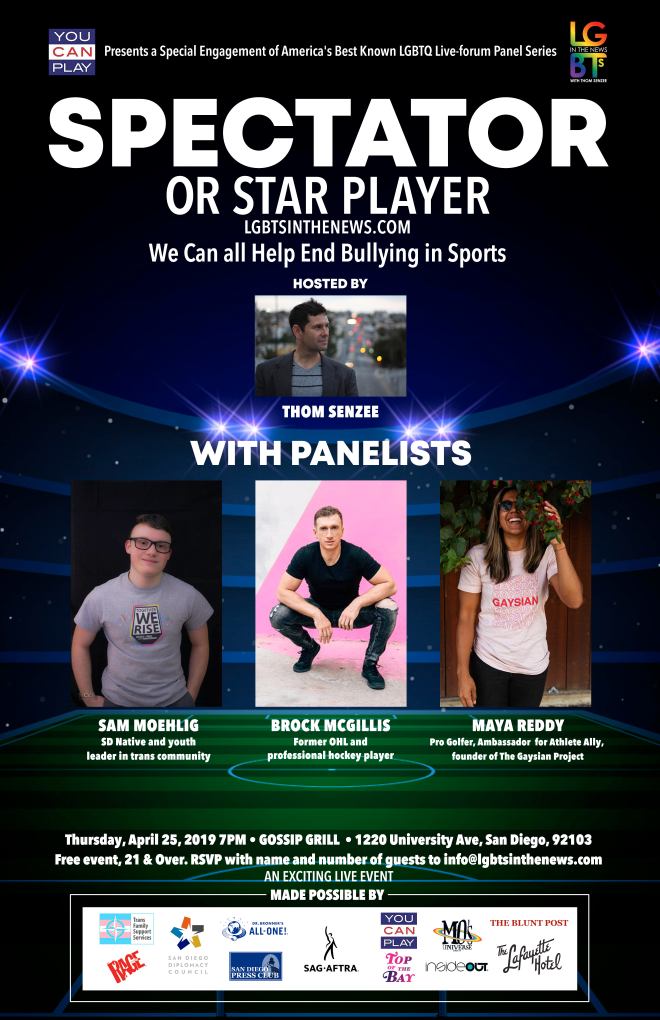 Gossip Grill
1220 University Avenue
San Diego, California 92103
RSVP by email with your name and number of guests, plus any special needs to info@lgbtsinthenews.com

Featuring professional hockey’s only player to come out as a gay man, former OHLplayer, Brock McGillis, the forum will be streamed online in front of a live audience via Facebook Live at LGBTs In The News‘ Facebook page, also here at lgbtsinthenews.com (stay tuned for streaming window) and at mosuniverse.com, as well as via Twitter @lgbtsinthenews. The audience-interactive conversation will focus on ways to end anti-LGBTQ bullying and all other types of bullying in sports where it begins: on playgrounds, in parks, at middle school and high school locker rooms, on athletic fields, on ice rinks, on soccer fields, basketball courts and anywhere young athletes and could-be athletes gather.

Co-headlining this important live event will be pro-golf and human-rights phenom, Maya Reddy.Also featured at the Thursday-evening panel at Gossip Grill in San Diego’s fabulous Hillcrest neighborhood as a prelude to a special game night with the San Diego Seals professional lacrosse team the following Saturday when LGBTQ fans are especially encouraged to attend, is celebrated trans-rights advocate and gifted gymnasts, Sam Moehlig. Don’t miss this very special engagement of LGBTs In The News, America’s best known LGBTQ live-forum panel series, this time presented by You Can Play, the SAG-AFTRA LGBT Actors Committee, and Dr. Bronner’s.

ATTENDANCE IS FREE WITH RSVP
Simply email your name , number of guests and any special needs to
info@lgbtsinthenews.com